RFID vs. ANPR: Reliability and Adaptability in Vehicle Identification 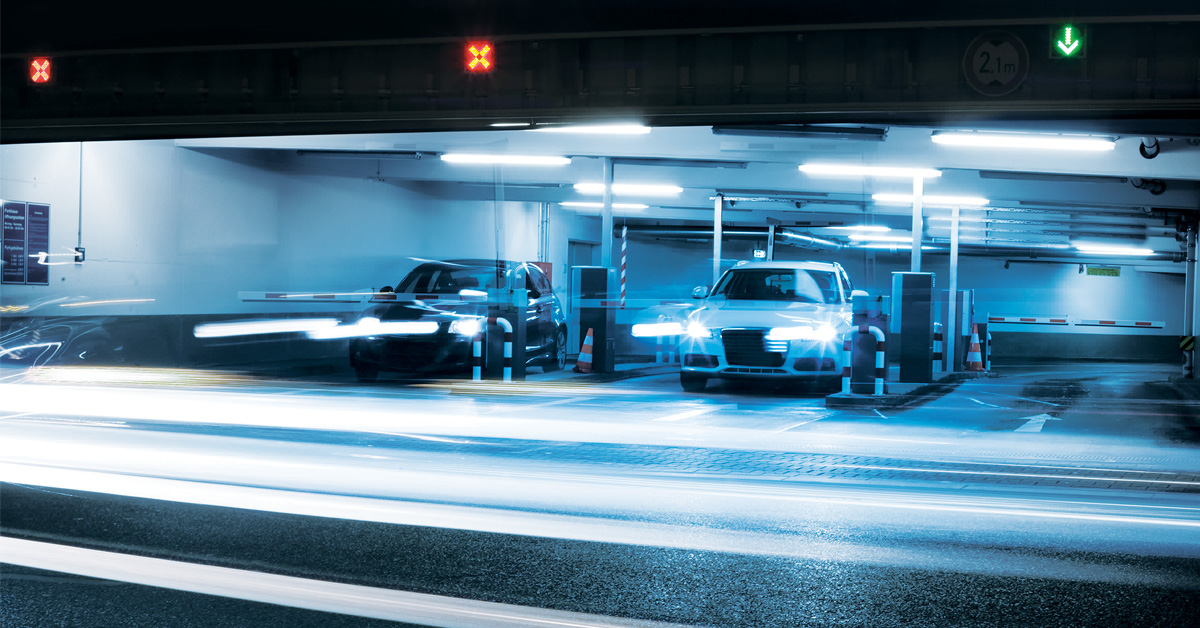 When you think of vehicle identification, license plates are likely the first thing in mind, if not the cameras used to read them poised at every intersection, toll booth, and parking entrance. Not lone soldiers, these cameras are part of systems using ANPR, or automatic number plate recognition, in which visual character recognition, OCR, utilizes their input to read plate numbers.

Though they may be our first thought, ANPR systems are not the only option for vehicle identification; RFID offers a wireless alternative. Yet, closer inspection shows that it is less an alternative and more an improvement, as RFID is not only more flexible than ANPR but far more effective as well.

When it comes to vehicle identification systems, quality performance can broadly be defined by consistently detecting and correctly identifying all vehicles passing within range or, more simply put, by a steady, high detection rate paired with accurate data transmission.

The detection rate of a system refers to the number of tags or plates it reads correctly compared to the total number of vehicles that have passed within its range as determined by a secondary, external system, such as a loop detector. Any RFID system that has been appropriately selected and installed for its intended purpose is likely to consistently produce a perfect detection rate, certainly above the generally lower and more variable rates produced by ANPR readers. Meanwhile, accuracy is measured by the number of characters detected and correctly transmitted when a tag or plate is scanned and represents another area in which RFID shines.

Designed to reach as near-perfect accuracy as possible each time, RFID readers monitor and correct themselves through air protocols that eliminate transmitted data errors through cyclic redundancy checks. ANPR systems not only lack any such safeguard but more generally rely on far less reliable methods of detection and interpretation. When an ANPR reader detects a plate, software within the system interprets its input using various algorithms and a voting logic operation that determines character recognition based on likelihood, meaning that accuracy largely hinges upon the program’s quality provided by the manufacturer. These systems are not designed for perfect accuracy, nor do they claim to be. Instead, standard ANPR systems most commonly produce a positive detection rate of around 95%, a performance considered downright unacceptable in RFID.

What contributes to RFID’s superiority in these categories is arguably ANPR’s most critical flaw— because it relies on cameras for its visual input, it is far more susceptible to interference from external, environmental factors. An ANPR reader must have a clear, appropriately lit image of a tag to perform. Any obscurity can cause tags to go undetected or incorrectly transmitted, whether it be dirt, snow, fog, headlight glare, or any other potential interferences. Meanwhile, because RFID uses electromagnetic fields rather than physical input, its systems are essentially immune to environmental influence, performing optimally no matter the climate or particular weather where they are deployed.

With vehicle identification systems so commonly used in applications to protect individuals and investments, it is easy to assume that all such systems come packaged with safeguards against threats such as compromised data and unauthorized entries. Yet, the reality is that most ANPR systems lack any sort of onboard security whatsoever and, because of their exclusive reliance on OCR, can be bypassed simply by covering an unapproved plate with a high enough quality photo of an approved one for the reader to register its characters properly. They do nothing to protect the privacy and safety of the tag holders or the enterprise— unlike RFID. The latter systems come with several different possible security options to protect the private information of tag holders and enterprises alike.

There are three primary security levels available in RFID: passwords, encryption, and cryptographic authentication. While passwords or secrets are the most common, encryption requires passwords to be decoded with a private key. Often used for financial transactions, cryptographic authentication is the highest level of security possible and involves the transponder and the reader, requiring each to authenticate the other before a transaction goes through. Even if an RFID system does not have one of these safeguards, it is still far more difficult to bypass than its ANPR equal; transponders are challenging to replicate and come in a wide variety of forms, more concealable than a vehicle’s plate.

While the improved accuracy and security of RFID are attractive enough themselves, systems of this type are also capable of a level of flexibility unheard of in ANPR, with their advanced technology making possible far more accessible and more specific configuration. One example of this is provisioning, in which a vehicle’s privacy and access rights are provided, maintained, or terminated. In ANPR and RFID, vehicle identifiers are checked against a back-end system connecting them to user accounts and their associated privileges. The two systems differ in the specific identifier used; ANPR uses the license plate number provided by the state, and RFID requires a specialized tag generated by the administration. While this creates some cost, it is easily balanced with the greater customization to access privileges offered by most RFID readers, particularly as compared to their simplistic ANPR counterparts. For example, many are outfitted with a real-time clock timestamping each transaction, allowing for the definition of access periods.

And although they may contain the (small) cost of producing and disseminating tags, RFID systems can create significant cost savings over ANPR in some use cases, such as monitoring multiple lanes. Although they utilize a single access control point, ANPR systems in these cases require readers in every individual lane, as they must have a direct, clear line of sight to register characters. Meanwhile, an RFID system in the same application requires only one reader in a central location; RFID antennae, which are incredibly cost-effective, can be dispersed across lanes to receive transponder signals and mediate transactions.

When stacked against RFID, it becomes clear that ANPR suffers from several critical drawbacks. Where the latter can be restrictive and ineffective, the former is flexible, highly reliable, and nearly one hundred percent accurate. Whether controlling or tolling, RFID offers a comprehensive vehicle identification solution easily tailored to meet your unique needs.